"Influence" from the album "Solace" 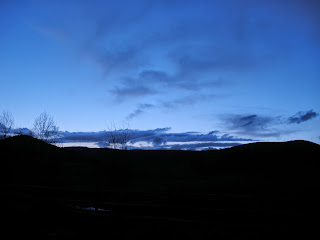 
This week I wanted to talk about the music piece "Influence" from the "Solace" album.  This piece originally started out with the title of "Gentleness"  I was trying to portray something angelic, something with a feeling of inspiration that would only come from somewhere beyond my own understanding.  It was particularly a challenge to get the the right amount of energy with the choir to give it the proper touch it deserves and to make the arrangement in a way that would be most uplifting and be the correct amount of "influence'.


Thanks for your great support this past year.  I look forward to a new year with you.


Become a SUBSCRIBER on YouTube!
https://www.youtube.com/JordanNewAgeMusic
Posted by No Limit Sound at 11:22 AM No comments:

Interview with Jordan about album "Variations" 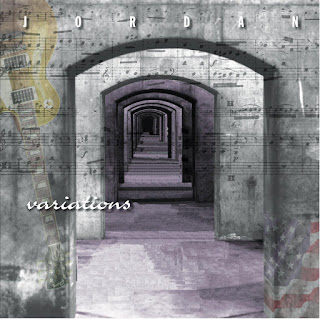 I thought I would share the interview I had with the Epicworld Cultural Academy.  If you would like to read the actual article, copy and paste this link:
http://area-info.net/press-release-instrumental-composer-adds-new-ambient-music-album

Thanks for listening and being wonderful fans,

Jordan is an instrumental music composer who has done a variety of projects in the entertainment business.  He has done sound for more than eighty productions in live theater and has done post production work in film and TV.  He has released music albums “Solace”, Award-Winning “In Motion” and No Limit to the Skies (20th anniversary edition) and is now to release this latest album “Variations”.


This new album “Variations” is not entirely a new album is that right?

Well, it is new to everybody else. Actually it is a mix of both.  A few of them are the original concepts and a few of them are original in title only and were rewritten from the sketchbook idea to make it interesting.  I highlighted the pieces I originally wanted to complete and made them better and more interesting to listen to.  I figure no one really wants to hear my ideas that were only partially there.

Where are you from originally, where did you grow up?

I started in the East and ended in the West.  I was born in Erie Pennsylvania and grew up in the Chicago area went a number of other places went to a tech school in Wisconsin and moved to Utah.  I lived in Texas and Florida somewhere in between there and covered many states along the way living in few different cities in Utah.  I just love the mountains and the scenery.

You won an award for your ”In Motion” album. Tell me about it?

To tell you the truth, it wasn’t the album I expected to win, but it is quite popular, and “Random Fire, from that album, has remained at top of charts at Number One Music, ever since its release in 2014.  It is a very different album from  my popular debut album, “Solace”, which people like for stress relief.  I got a number of fans who really enjoy the (“No Limit to the Skies”) 20th anniversary album, as well, in South America and all over the world.  I am just glad that it came out well and enjoyed by those listening to it.  All I have to say is with this album “Variations” it is a variety of music from soft to a dynamic sound.  I tended to mix it up a little bit to give it hence, a little variety.

What made you decide go back and rewrite this album?

To be honest,  I have been working on this other album and bit off more than I can chew and needed more time to complete it… and by the way I am still working on this other big album project, I just need more time.  Life happens to me as to most of us quite frequently.  It’s been a couple of years and fans are asking me, when is the next album coming?  Then I kept thinking about “Variations” and thought to myself, I have that album just sitting there on the shelf and no one even knows about it, and thought, what a waste.  Let’s see what I have here.

Why is it called “Variations”?

At the time it was just this montage of music I wanted to keep on a sort of digital notebook.  I liked the ideas of the music and didn’t want to just toss it aside.  I also didn’t know when I would have the time to go back and go over these concepts.  Apparently it took close to 18 years to consider.  Hopefully to answer the question, some of the pieces are quite different and dynamic.  For example “Times Past” and “Heavy Steel” are complete opposites.

Is there any new music added?

The original album concluded with a Reprise to “Moving Forward Triumphant” which was a written version for a short film selection I wrote the music for. I felt like the Reprise was redundant and I decided I didn’t need to include it.  So I added “Pulses” to give it a nice conclusion to the album and it is a bit different from the others.  I figured the “Variations” album was a good place for it.

In what way is ‘Pulses’ different?

A lot has changed over the years with new tools in technology; I was trying out some of them with “Pulses”.  The approach with these tools was a little different.  There are several ways to write music or how to do it.  It was a little bit of a learning curve on some of it, but made a lot of new progress and learned some new angles to try.  I think technology is great until it decides to think on its own and leaves you out of it.  There are a lot of great tools now available to use.  Compared to 18 years ago we’ve come a long way.

Has anyone asked you why you write music?

I don’t think anyone has asked me why exactly, it is more like what are you doing this for? There is no future in it.  I would then ask why people become lawyers or pilots or anything.  Some do it for the money; others love what they do.  They are right, the music business is a tough market, being a needle in a haystack.

I do it for many reasons. Many of us would consider it a type of calling to do so, which I believe.  I was probably eight or ten years old when I began having these ideas that have been provoking me to move forward with this. I thought it would be nice to make this music a little more like the great symphonic masters with a little twist.  I also thought I am not a music theologian— I don’t read music that well.  Of course many times I would ask myself; “How am I going to do this?” and hope that people listening will understand or enjoy it and that it would be memorable, that they would replay it often. I study the classic composers a lot, and try to capture the timeless quality that makes their music memorable.

I am grateful for tools and music technology of today to make this possible.  The other reason I do it is because I love doing it.  I like to put music to my thoughts or different ideas and get you to think, or put people in their own understanding of where they see themselves when listening to them.

You mentioned this next big album, do you have any idea on your time frame?

It still may be a while, but it is indeed coming.  It has been quite the undertaking.  There are a number of pieces and elements to it.  It is definitely thought provoking and hopefully in a good way.  I call it the big album because there may be a lot of music pieces to it, possibly being 2 CDs and that it does have a big full rich sound to it.  I have a couple of ideas for a couple of other albums that may come first.

“Variations” album and other Jordan albums available at: