"Fighter Tactics" from the album "No Limit to the Skies" 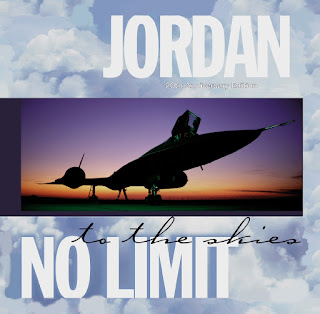 
This week I wanted to talk about the music piece "Fighter Tactics" from the "No Limit to the Skies" album. This is the original concept of 'Fighter Tactics' which was for a video game (VG) VR-Stalker in the 1990's for an air combat game.  The scene was written for a virtual reality simulator in the game itself.  The 3DO was new CD game system platform being a bit of a new concept at the time when most people were still playing games on a 2 dimensional (2D ) game consoles.  They were using different camera angles in the animations giving it that 3 dimensional (3D) effect.  It was a breakthrough in technology at the time paving the way to what 3D systems we have now.  It was written for a opening animation scenario for this air combat game, which is why the piece seems to be partial or relativity short.  It was later finished and added to the 'In Motion' album in 2014.


Become a SUBSCRIBER on YouTube!
https://www.youtube.com/JordanNewAgeMusic
Posted by No Limit Sound at 11:55 AM